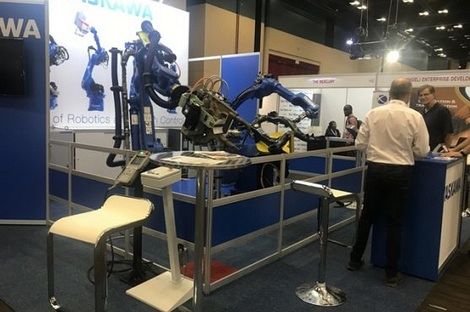 Korea-Japan in South-East Asia and Mexico-Argentina in the Americas are examples of regional cooperation that Africa should learn from.

The auto industry is so complex that a regional automotive pact is required before it can succeed in Africa, says former politician and now consultant, Alec Erwin.

Erwin, who was the trade and industry minister in the Mandela government, said only the aircraft and nuclear industries were more complex than automotive manufacture.

This meant industrial policy and regional agreement were vital to overcoming barriers and building partnerships.

Erwin told the National Association of Automotive Component and Allied Manufacturers of South Africa show in Durban on Thursday that worldwide, with few exceptions, successful auto industries had emerged to turn on regional axes.

He cited Korea-Japan agreements in South-East Asia and Mexico-Argentina in the Americas as examples of regional cooperation that Africa should learn from.

Sharing the stage with Erwin at the show was Xolelwa Mlumbi-Peter, a deputy director-general with the Department of Trade and Industry, and South Africa’s chief international trade negotiator.

Mlumbi-Peter noted that only 1.2 million cars were sold in Africa (2014 figures) despite a population of over one billion.

“Clearly we have an untapped market,” she said.

Mlumbi-Peter, Erwin and others at the show spoke about how the South African auto industry needed to expand exports to the continent to capitalise on the market’s potential and as a way to increase volumes. This, they said, would bring economies of scale and sustain the high levels of localisation that were now being targeted in South Africa.

Regional cooperation would allow the continent to tackle thorny policy issues that were preventing the development of an intra-African automotive industry, said Erwin.

Both he and Mlumbi-Peter referred to barriers to entry in Africa identified by VW South Africa chair and managing director Thomas Schaefer, who was also at the show.

Schaefer, who is leading the charge for the German auto giant in signing up deals and memoranda of understanding in sub-Saharan Africa, listed four barriers to building the sector on the continent:

Schaefer said all these barriers could be surmounted provided there was sufficient political will.

He cited Rwanda as a country that was growing a viable automotive market. Schaefer and VW Rwanda director Serge Kamuhinda briefed delegates on how the company had developed its own, smartphone-enabled ride hailing service to overcome problems with affordability.

The small East African country and its VW partners would in the next six months be leveraging on its plentiful electricity supplies to bring battery powered cars to market, essentially leapfrogging development in more industrialised countries, the conference heard.