The future of the US market for South Africa’s automotive components: Where to from here? 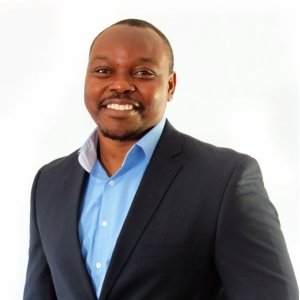 The African Growth and Opportunity Act (AGOA) is a non-reciprocal trade arrangement which provides duty-free and largely quota free treatment for over 6 400 products exported to the United States (US) from eligible sub-Saharan African countries. AGOA adds to and extends on the Generalised System of Preferences (GSP) which is also another unilateral preference programme that was already in place since 1974, but covering a wider country coverage that extends beyond sub-Saharan Africa.

The broader objective of AGOA is outlined in the Trade and Development Act (2000), which specifies two (2) goals, namely: (a) to increase exports from eligible AGOA beneficiary countries to the US and (b) to encourage investment by US businesses into sub-Saharan Africa. After being enacted on 18th May 2000 as Public Law 106 of the 200th Congress, AGOA originally covered an 8-year period from October 2000 to September 2008. However, legislative amendments signed into law by former US President George Bush in July 2004 served to extend AGOA to 2015.  On 29th June 2015, AGOA was then extended by a further 10 years, to 30th September 2025.

Having said this, the most recent extension of AGOA was punctuated by the US’ expressed desire to transition from unilateral preference programmes (such as AGOA and GSP) towards reciprocal trade arrangements (more specifically, Free Trade Agreements (FTAs)). Thus, the current 10-year extension of AGOA was envisaged to be a period in which the US and sub-Saharan African countries lay the foundations for deep and ambitious FTAs. To that end, the US and Kenya kicked off bilateral trade negotiations on 7th July 2020, with an expectation that other countries such as South Africa and Nigeria would follow suit. However, efforts to do individual bilateral FTAs contradict efforts to establish a single market under the African Continental  Free Trade Agreement (AfCFTA). Moreover, establishing bilateral FTAs with Kenya and South Africa contravenes the East African Community (EAC) Treaty, and Article 31 of the 2002 SACU Agreement, respectively, both of which have established a common negotiating mechanisms that compel member states to negotiate trade agreements with third parties as a collective regional blocs.

Looking ahead, it remains unclear if the US will extend AGOA beyond 2025. The US could end AGOA, or if it continues, South Africa could either be graduated out of AGOA, or have its market access conditions revised. Therefore, government and private sector will have to start actively lobbying and engaging the US to frame the conditions for reciprocity after post-AGOA.

Adient PPC & CRH-Africa Actively Contributing to the Development of the Next Generation of Leaders Within Our Industry.