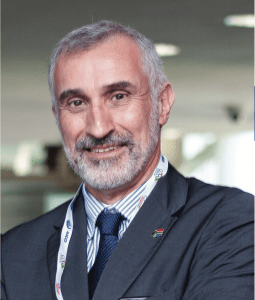 A new decade has dawned. The 2020s have crept upon us and it’s opportune for me to share some thoughts on our sector both locally and within a global context.

SA. It has been clear that the government, under the leadership of President Ramaphosa, found itself looking to steer the country through some fairly turbulent economic headwinds and the short-term outlook is proving challenging. However, progress has been noted in terms of installing new leadership within key state-owned entities like Eskom and Transnet and implementing reforms at many others. All of this is essential, as not providing clear and business-friendly decision making at these entities, has shown to be amongst the reasons for SA’s mediocre growth levels recently. It is my hope that the approach followed in this respect brings some structural stability to the economy and assists in lifting SA past the IMF’s low growth projection of 0,8% for 2020.

It is tempting at this point to reflect on global developments and the ever-increasing fracturing world trade environment, but many of these challenges are well known. Perhaps it’s best that we focus on what is controllable and apply our energy to making our businesses strong and competitive enough to deal with that which is not.

Whilst 2019 had some positives from a component production perspective, with many of our members reporting heightened interest in new localisation opportunities from the vehicle manufacturers, there were some speedbumps in that some of the higher volumes expected from OEMs were not realised. This led to oversupply at component level and installed capacity was not fully utilised. In spite of this the sector still had a level of annual growth and according to NAAMSA, a record 387 125 vehicles were exported from SA in 2019 and vehicle production exceeded 630 000 vehicles, up from the 610 000 of 2018. This highlights the critical importance of the SA automotive sector within the country’s economic make-up.

2020 will also be the last year of the current iteration of the Automotive Production Development Programme (APDP). Many of our members will by now have worked out how to position themselves with regards to the policies that will be implemented under the SA Automotive Masterplan 2035, which kicks off in January 2021. The change of what was previously an incentive for vehicle assembly, to one that strongly emphasizes localisation, is a shift in how assemblers will view domestic sourcing. Similarly, the increased reward levels linked to duty credits for value addition will benefit component manufacturers. The positive benefits to component manufacturing should then be obvious and members would be well advised to consider their own investment and skills development needs to unlock some of the envisaged opportunities.

Whilst on the issue of skills it is important to note that NAACAM has, in the past year, successfully advocated for the creation of an automotive components chamber at MerSETA and our members should now look to approach and influence this important implementation agency with renewed vigour. More importantly, we need to use it as a tool to ensure skills development and training remain in line with the needs of our ever-changing and globally driven sector. NAACAM itself is looking to find programmes of support for our members and vocational training partnerships with the German Chamber of Commerce in South Africa, as well as the International Youth Foundation which can be expected to be of use to industry. Terms like autonomous, connected, electric, hybrids, fuel cells, composites, etc are all commonplace in this 4th generation industry in which we find ourselves. The rapidly evolving automotive sector trends from both a product and production perspective will put a severe strain on our skills base and it’s best that we start preparing ourselves for the challenges ahead.

The sector recently concluded its tri-annual wage negotiation process albeit unnecessarily protracted. Importantly, there was no industrial action and our members and workers are thanked for the patience displayed in bringing it to finality. It is my view that we all need to think of more creative and mutually satisfactory ways of bringing such activities to a close sooner, rather than later, and negotiate in a manner that sees a solution as the only endpoint. Member views on this topic will be canvassed on how we can engage differently going forward.

Transformation within our sector remains a leading objective and although the message is not new, it is worth repeating. If not already doing so, manufacturing members need to urgently get to grips with their individual company status and requirements, making use of the many resources available through NAACAM or its base of specialist service providers. The message from our customers, the vehicle manufacturers, is fairly instructive. It needs to be managed or risk losing future business. In 2019 the vehicle manufacturers in SA concluded a special form of an equity equivalent structure with the dti resulting in the formation of the Automotive Industry Transformation Fund (AITF). This is allowing them to deal with their ownership requirements in a sustainable way and NAACAM is working with stakeholders to ensure a similar arrangement is in place for the many multinational suppliers within its ranks. Allied to this, NAACAM’s efforts within the black supplier development space is expected to serve as a conduit for the AITF. Outside of any offtake requirements that participation in such a fund may entail, NAACAM members, especially T1s, are going to come under pressure from OEMs to localise their own import packs and bring in black suppliers down the value chain.

Outside of all this, rejuvenation of the NAACAM brand and its offering to its members remains a core objective of the National Executive Committee and members will see much value extracted, but only if they engage. NAACAM remains an association whose success will depend on the involvement of its diverse base of membership. Get in touch, and be part of the journey.

Wishing you a successful year ahead. 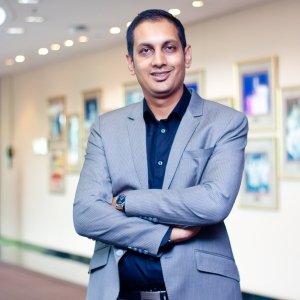 2020 is shaping up to be an interesting year in our country and sector. Growth still remains a key objective but global and domestic headwinds need to be managed.

With new trade obstacles and protectionism seeming to abound with alarming regularity, it’s interesting to see the openness being displayed on a continental level, especially with the conclusion of the African Continental Free Trade Area (AfCFTA) in 2019. Members are advised to investigate the opportunities to find ways of growing cross-continental investment and trade business.

The national government has made clear its stance around re-focusing the state-owned entities. It’s worth noting the influence of manufacturing leaders in the appointments at CEO level for both Eskom and Transnet. A congratulatory message needs to be passed to one of NAACAM’s recent NEC members, Ms Portia Derby, who is now the CEO of Transnet, a key partner in the sector’s growth objectives.

2020 will the final year of implementation for the first phase of APDP as we know it, and with the coming SA, Autos Masterplan directed APDP phase 2, the heavy focus on localisation will benefit our membership base. Recognition of NAACAM’s role as a localisation influencing body and the authoritative voice of component manufacturers becomes amplified as one sees the always strong public interest on our sector, as well as the potential for catalytic economic change. In 2020 the participation of various of our leaders in the Minster Patel chaired Executive Oversight Committee and its various sub- committees, will ensure we play a role in ensuring the delivery of that plan is on track. A key intervention area for the association this year will be to continue our wide range of services that support aspects of member’s transformation requirements to ensure they remain relevant and compliant with the legislation.

NAACAM continues in its drive to position itself as a deliverer of value to its members and stakeholders, and in 2020 will provide the administration services related to the Automotive Supply Chain Competitiveness Initiative. Industry stakeholders have seen benefits out of this initiative but also believe some structural changes in how it is delivered will help develop even greater impact. It is worth highlighting that this partnership between government, OEMs, component manufacturers and labour is unique to SA and shows the maturity applied to ensuring long term competitiveness of the SA autos value chain.

The work delivered by NAACAM is done under the guidance of a band of dedicated office bearers, industry leaders in their own right, and the significant time and effort they devote to NAACAM and its members is a tribute to their commitment to the success of the sector. In supporting this, the NAACAM team was bolstered in 2019 with the appointments of Shivani Singh and Apoti Potye. Together with Bev Watts, Lynn Galbraith, Nomsa Malinga, Carlo Baldocchi (SATMC Tyre Sector Manager) and myself, NAACAM continues to function efficiently. We are, in turn, ably supported by contracted experts in specialised fields such as skills, PR, trade and industrial relations. Such expertise is retained to assist members with the necessary guidance in these specialised fields. Please be in contact for any queries we may assist with.

I wish your business and staff all the best in 2020 and continue to commit NAACAM to a path of long-term development in representing your interests, as arguably the most value-adding grouping of companies in SA’s automotive manufacturing sector.

COPYRIGHT © NAACAM 2023. ALL RIGHTS RESERVED.
We use cookies on our website to give you the most relevant experience by remembering your preferences and repeat visits. By clicking “Accept All”, you consent to the use of ALL the cookies. However, you may visit "Cookie Settings" to provide a controlled consent.
Cookie SettingsAccept All
Manage consent